Is recycled better than virgin pulp?

It is widely assumed that recycled paper is environmentally preferable to that produced from virgin pulp. This is based on a number of flawed assumptions:

When considering the relative environmental impact of paper production from virgin and recycled pulp a critical question is whether there is a global shortage of forests or energy? It is clear that the answer is energy.

Contrary to popular understanding there is not a shortage of trees for making paper - it is a farmed crop, in much the same way as grain is, although over a much longer time-scale. Furthermore, paper production does not lead to destruction of tropical rainforests, as the trees found in these forests are not suitable.

One of the principal “greenhouse” gases is carbon dioxide which is released into the atmosphere upon generation or use of almost all forms of energy (except, for example, nuclear and wind power). “Carbon fixing”, the conversion of atmospheric carbon dioxide to organic carbon compounds is achieved by photosynthesis, a natural process in plants which also captures large amounts of solar energy. 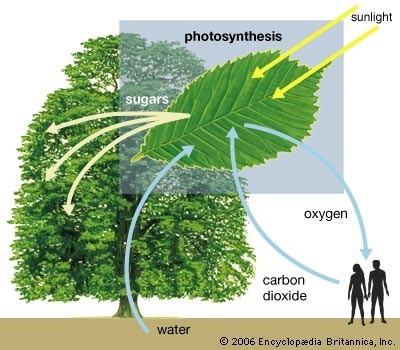 Photosynthesis works best for the environment in farmed forests

Rates of photosynthesis are maximized in forests which are “farmed” specifically for use in the timber, pulp and paper industry. This management of forests by timber producers ensures that the rates of growth are higher than the extraction rates. For instance, Finland's wood biomass is increasing at 30 million cubic metres per year. A similar situation may be found in Sweden, Canada and the US. Once again the science is not simple - see Carbon stocks and flows in forest ecosystems based on Forest Inventory Data by Aleksi Lehtonen of the Finnish Forest Research Institute, Vantaa Research Centre. This doctoral thesis on the subject of carbon offsets concludes that the tree carbon stock in Finland increased by over 50% between 1922 and 2004. “The increase was partly due to increase in forest area, but also due to intensified silviculture” (p31 - 32), i.e. higher tree stock per unit area. And more recently in an news item on page 8 of the Kotkamills Customer Magazine dated 2005 it was reported that:

“Finnish forests produce nowadays an average of 35 million cubic metres of wood in excess of the annual volume reduction. So, Finland is not running out of wood.”

What about reducing landfill?

Some producers of recycled paper have, for some years, acknowledged that the only convincing argument for recycling is the reduction of waste which would go to landfill sites. The validity of the landfill argument only holds true if there is no better alternative for such waste. For instance, technology was developed many years ago to use domestic waste as fuel for electricity production. This has several advantages over landfill, such as the controlled destruction of any toxins within the waste, rather than the gradual pollution of ground water beneath a landfill. Also, the combustion of paper produces neither sulphurous compounds nor radioactive effluent such as that resulting from burning fossil fuel.

Energy generation from waste can also ensure that the waste is transported a shorter distance, such as from Central London to the waste incineration and power generation plant in Deptford, South-East London. At the same time, the losses in electricity transmission to London are reduced compared with transmission from the coal-fired stations at Didcot, Oxfordshire and Kingsnorth, east Kent, which provide much of London’s energy. The energy issue was covered in detail in the 22nd November 1997 issue of New Scientist with the cover asking “Why you should burn this magazine. Is recycling bad for the planet?” and the article within entitled Burn Me by Fred Pearce. A more recent contribution on the subject was an article in the Times on January 5th 2009 by Ross Clark called How incineration could generate electricity (Times login now required!).

Ferrybridge in Yorkshire is being converted from a coal-burning fire station to burning locally grown farmed trees, reinforcing the reality that combustion of a clean, renewable resource is a prudent way to produce energy. Indeed, over 40% of harvested wood is used for energy production and the idea of using second-hand magazines and books to produce energy should be encouraged.

The process of paper production can be a net energy producer

Where pulp and paper are produced in an integrated mill, from trees, to create a “wood-free” uncoated sheet, such as photocopy paper, the process is a net energy producer -not consumer. This energy surplus is derived from parts of the tree which cannot be used to produce paper. To produce a similar paper using recycled pulp, energy is required from conventional power supplies such as coal, which in Germany is a highly subsidized industry producing most of their electricity. If carbon dioxide emissions are a relevant environmental factor, a recycled paper from Germany may be significantly more damaging than a virgin pulp paper from France, where the great majority of the electricity is nuclear-generated.

It is often stated that recycled paper uses less energy to produce. This is correct only to the limited extent of the re-pulping process within the paper mill and does not fully take into account all the energy issues prior to the actual paper-making process, whereas the raw material of trees used in virgin pulp production is also a source of energy.

At a mill that produces papers containing mechanical pulp from a mixture of trees and recycled fibre, the energy usage requirement from fossil fuels increases as the recycled fibre input is increased. This is because the fossil fuel is used in place of the energy derived from the lower throughput of renewable resource – trees. Some parts of the tree which cannot be used to make paper are used for energy production.  Thus, the relevant question is not how much energy is used but what is the energy source, how polluting is that energy source and is there a shortage of trees?

Part of the energy not accounted for in the production of recycled paper is that used by the large number of vehicles collecting small quantities of waste. In the UK, motor vehicles produce 40% of atmospheric pollution and 17% of carbon dioxide emissions while burning non-renewable sulphurous fossil fuels. The relatively small vehicles used to collect post-consumer waste within large cities are among the least efficient energy users known to man. The sulphur dioxide and carbon dioxide emissions are believed to cause damage to pine forests and increase the acidity of rain.

Clearly, there are obvious merits when large volumes of waste can be collected efficiently, transported over a short distance and with minimum effort used to produce low-quality, low-price products such as brown paper bags or boxes. However, raising targets for the collection of waste paper rapidly becomes counter-productive from an environmental point of view. This is explained in great detail in a book originally published by Earthscan Publications and now by Routledge, Environmental Impacts of Waste Paper Recycling written by Yrjo Virtanen and Sten Nilssonthe within the International Institute for Applied Systems Analysis. Essentially, as more waste paper is collected, the marginal efficiency of doing so reduces, the transport distances increase, carbon dioxide emissions increase, the quality of the waste fibre declines, the energy to sort it increases and the volume of sludge from de-inking increases.

The issue of recycled papers is not only complex – it also suffers from various vested interests attempting to influence opinion unduly. For instance, a small, old, inefficient paper machine will often be used to produce recycled paper to exploit the public perception of environmental advantage – which means that a price premium can be charged. Fostering an inaccurate public perception may be to the advantage of the less efficient producer.

A more cynical example would be a paper sold in the UK which contained some recycled fibre and was therefore described as “environmentally friendly” even though it used the somewhat toxic heat-sensitive toner from photocopier cartridges to provide specks of “dirt” which give the impression of a recycled paper. A good example of environmental dishonesty driven by commercial incentives.

Sadly, the editorial staff at some paper trade magazines admit to being unable to point out the outrageous claims made on behalf of some “environmental papers” because their manufacturers represent the majority of advertising spend in the magazines.

The US and Europe export hundreds of thousands of tonnes of waste to the Far East, where it is converted into paper and board, only to be shipped back again. Indeed more than 50% of the waste paper collected in the UK is shipped to the Far East, clearly, environmental madness.

A further recent example of environmental madness is a well-known letterhead paper which was made in the south east of the UK. The waste paper pulping machine used to pump the pulp directly to the paper mill on the site. When the paper machine was closed, it became necessary to use energy to produce sheets of pulp, which are then transported to France, where water was added, to be able to make the paper. The paper making process primarily involves removing the water to form the paper. The paper was then put back on vehicles and transported back to the UK, where it was sheeted, boxed, and sold as “environmentally friendly paper”.

Unfortunately, reality is often more complex and less attention-grabbing than a good tabloid headline. To conclude, there is a strong case that higher recycling rates lead to higher consumption of fossil fuels, higher carbon dioxide emissions, higher radioactive effluent emission, and less incentive to plant more trees. The burning of books does not necessarily lead to the burning of people, but rather to a better environment.